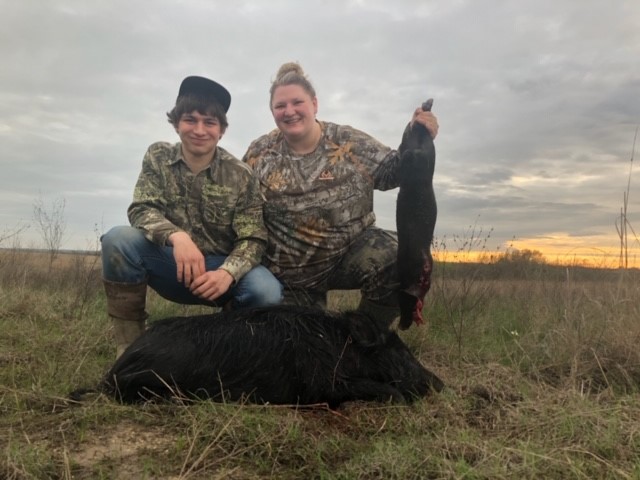 At Nine Bar Ranch, we believe you deserve the best hunting experience possible. We put our all energy into cultivating a unique getaway that is equal parts relaxation and adventure. We take great pride in the satisfaction of our customers. We have been a family-owned and operated ranch for over 100 years. When you visit Nine Bar Ranch, we want you to feel like family, too. Here’s what some North Texas hunters have to say about their stay with us:

“After my 2 day hunt I left with a cooler of meat and new friends.”—Geoffrey Graham

“The staff is amazing and really make you feel right at home while you stay and hunt. [The] lodges for guests are great and offer all the comforts of home. I would recommend this to my friends and look forward to going again.”—Ryan Ellis

Whether you are an experienced hunter or setting out on your first hunt, our mission is to provide a one-of-a-kind experience. We offer year-round and seasonal quality hunts of native and exotic game. The guides at Nine Bar Ranch are personable experts that know the land. Here, you can enjoy great hunts with good company.

“I harvested a beautiful blackbuck the first morning of the hunt with my guide Justin. Big thank you to him for getting me in position for a great shot.”—Brian Natzle

“This was my first time hunting… We really had no idea what to expect. It ended up being one of the greatest experiences of my life.”—Allen On

“This was my first time hunting and I had a great experience. Our guide Cayson was awesome! Such a great group of people.”—Kelly Hawkes

“I’ve been hunting most of my 51 years with experience on whitetails in TX & KS and elk in CO & NM. Just finished a doe hunt with these guys, during the absolute toughest time of the rut (lockdown). I had a blast hunting with Lance and enjoyed getting to see the ranch both on the high fence and the low fence pastures.”—Darrell Maxey

We take great pride in sharing the beautiful landscape of the ranch with our guests. Our goal is to facilitate an experience that will have North Texas hunters (and hunters from around the country) coming back year after year to create more incredible memories. We want Nine Bar Ranch to be your new tradition!

“I don’t think a guide or JimBob ever walked by without asking if they could get you anything or if we needed a drink. I was able to harvest two nice hogs the last night of the hunt to cap off an amazing weekend. We can’t wait to book another hunt and go back to this ranch.”—Brian Natzle

“We are already in the process of booking a hunt for next year & would highly recommend you do the same if you are reading this!”—Jason Willcox 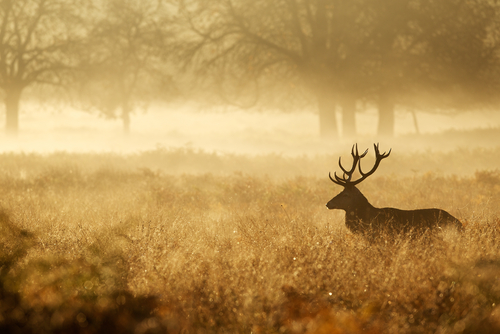 Considering the rise in population since 1982, it’s surprising that there has been an overall drop in hunting enthusiasts since then. The drop in hunters endangers funds vital to supporting conservation efforts, which is why each hunter should be encouraged to teach hunting to young people within their families and communities. Today, we’re sharing our North Texas Hunting Ranch tips for new hunters in the hopes that they are helpful for you and any new hunters you may teach in the future.

Learn From a Mentor

YouTube and Instagram are entertaining, but they are no substitution for the invaluable knowledge you’ll gain by learning from an experienced mentor. Choose someone patient, lighthearted, and dedicated to the sport. Next, tag along when invited, and work hard to watch, listen, and learn as much as you can in the time you’re given.

You need to gather skills in scouting, stalking, calling, shooting, butchering, processing, and cooking. This list may seem daunting at first, but it also shows there’s never going to be a point at which you’ve learned all there is to know! This aspect of hunting is what keeps many enthusiasts engaged year after year.

For many new hunters, it’s tempting to splash out on high-end gear, from camouflage and boots to the best blinds and navigation tools on the market. While there’s nothing wrong with investing in your hobbies, it’s a good idea to spend time out in the wild, waiting for hours in the crisp early morning air, before you go all in.

As long as your clothing is suitable to the season, reasonably waterproof, quiet, and not bright and flashy, you may find you don’t need to expand your wardrobe until the year following your first.

Choose One Species as Your Focus

For your first hunting season, you might feel excited about exploring all the species you can hunt in your neck of the woods. At Nine Bar Ranch, for example, over a dozen exotic species are available to hunt—and we recommend taking advantage of as many hunting packages as you can.

However, for now, choose the species local to you that you’re the most motivated to hunt. Then, spend time studying this species’s anatomy, behavior, movement, and sounds. Learn to stay as still as possible for as long as possible until you are able to reliably take down game most of the time you have the opportunity.

Get to Know Your Hunting Grounds

The first step in getting to know your species, though, will be learning your hunting ground intimately. Whether or not you’re actively hunting, get outside and learn the topography, weather patterns, typical sounds, and other animals that inhabit those same woods.

Embrace the Process, Not the Bag

As important as the results are to many hunters, we think it’s important that new hunters learn to embrace the process of hunting instead of deeming their hunts “successes” or “failures” based on whether or not they return home with a “trophy.” There’s value to be found in becoming completely familiar with preparing your gear, getting up early, choosing your hiding spot, putting your phone on silent, and settling down for a long, peaceful wait.

Finding happiness in displaying the discipline required to execute this routine repeatedly is, in our opinion, the mark of a hunter who has a long, happy hunting career ahead of them.