Learning About Deer Calls for Hunting 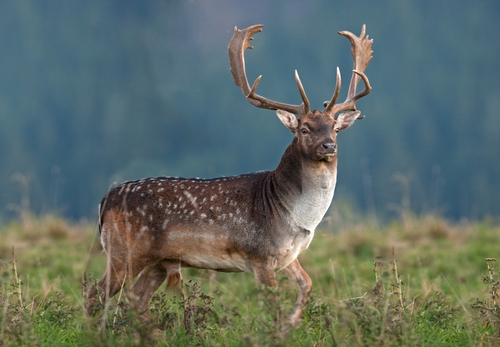 Human beings are the most intricate and incredible beings to ever be created. This unparalleled creation has evolved throughout its existence to prevail over all other creatures. Despite physical transformations for Homo sapiens, one aspect of life that has conquered time is communication. From the beginning of civilization, the way that individuals communicate has changed, but nevertheless, it has always endured. Though humans have the most complex forms of communication, they are not the only creatures that correspond in order to survive. One of the most well-known animals, deer, are exceptional in connecting with each other. Because we are able to observe these interactions, we know exactly what kind of sounds they produce. Recreating these communicative noises tricks the deer into believing another deer is close by or seeking a mate. Specifically, in the hunting world, calls for hunting, or mimicking deer sounds can bring success to hunters of every level.

Piquing the interest of a lurking buck is incredibly thrilling. Unfortunately, just one badly-timed call or incorrect call will crush those dreams in an instant, as well as leaving you sounding like a dying goose. A little bit of deer calling advice will give you the ability to “talk the talk” (so to speak) the next time you find yourself in the beloved tree stand.

First, it’s important to know that deer are the most receptive to hunting calls in the weeks preceding the peak rut. This is the season in which you’ll find them pursuing a mate, meaning bucks will readily respond to lonely doe calls. During this time of mate-searching, the testosterone-fueled state will make bucks more likely to challenge other males to territorial fights. Strategize and take advantage.

Unlike humans, bucks communicate using a grunt in order to test other bucks and attract does. Because the grunt is versatile and common, it’s a given for a hunter to have that call along with them. A longer, low grunt is meant to signal a challenge to another buck. A pattern of short, abrupt grunts is made when chasing an estrous doe.

Reserved for the big boys, this call is typically made from one man to another. By man, we of course mean buck. A buck produces this sound by forcefully pushing air out through his nostrils.  It’s meant to be an aggressive form of communication between two bucks, letting one know that the other is near. Obviously, this would imply a situation between two bucks in which they are possibly challenging each other over one doe.

Following the grunt calls, rattles are the second most common lure utilized by hunters. Buck tend to make this specific sound when fighting during the rut period, and rattling attempts to mimic it. This form of fighting occurs during the pre-rut to post-rut season, known as the rut cycle. In nature, there are differing stages of the rut. For instance, during the pre-rut, bucks are attempting to figure out where they stand on the dominance scale. Depending on the stage of the rut cycle, the buck will make varying sounds in attempt to successfully challenge another buck.

Moving to the other gender, bleats are sounds produced by does and fawns during the time in which they are being pursued by bucks. It’s helpful to know that bleats from a fawn are higher pitched than bleats from a mature doe. This sound seems is a long, “bawling” noise. A tone of a doe bleat is altered slightly when they are estrous, signaling to bucks that they are ready to mate. Any buck that doesn’t already have a mate will quickly become interested.

Learning about communication between inhabitants of nature could make one believe that human communication is rather simple. Despite the variety of calls, deer only have one main form of communication: making noises. This makes a bit easier on the hunter, but before heading out to the tree stand, be sure that you know the correct timing, tones, and choice of call to make.